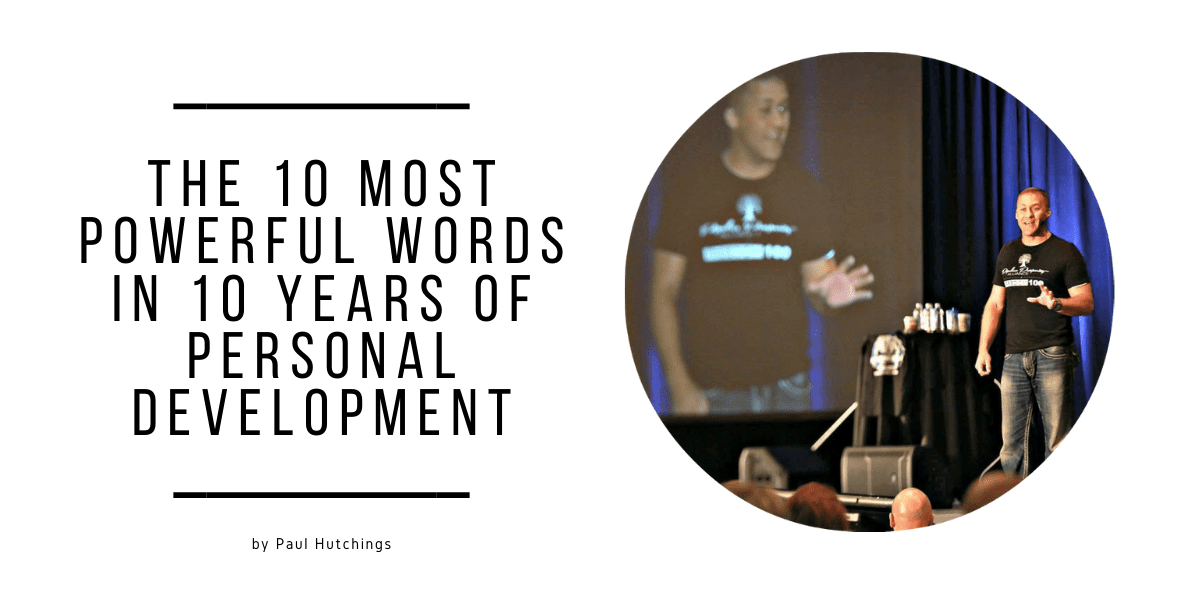 I’m happy to say that for over a decade now, I’ve followed Jim Rohn’s advice and been a serious student.

I’ve read lots of books, attended seminars, listened to many people in conversation.

Yesterday I was thinking to myself, what have I gained from it all?

That really could be a book in and of itself but in this post I want to share what I consider to be the 10 most powerful words I’ve learned from over 10 years of personal development.

I have 4 sons and one of the common attitudes I’ve noticed among more than one of them is this attitude that they already know everything there is to know in the world before they’re 10.

Weird thing is, this attitude persists among adults as well.

For some reason – learning more with an open mind – tends to open the mind up to all there is that is un-known, and instills a sense of humility that just isn’t there for those who aren’t open to the possibility that there are some things left to learn.

I read quote the other day that went something like this…

“One person can read countless books all his/her life and still feel there is so much more to learn whereas another can read 1 book and feel they know it all.”

Being able to say “I don’t know” to me, is a powerful thing – one that opens the door to more wisdom.

A wise person is never ashamed to say “I don’t know.” 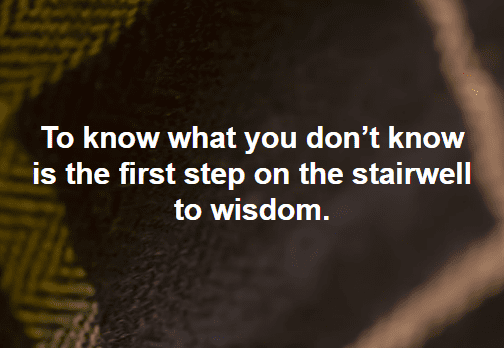 One of the most shocking realizations I’ve had on my personal development journey is that I have, in fact, been wrong on many things I thought I was right about.

I used to be so certain I was right, that I never even opened up the door the possibility there could be another way to look at things, think about things or do things.

Being able to admit “I could be wrong”, just like the first 3 words, opens the door to more knowledge and is the mark of a teachable soul.

And finally, the last 4 power words…

This one is tricky and weird because beliefs can shape and or become one’s reality and at the same time – they are not reality.

One of my early mentors taught me that beliefs are conclusions reached about a person, thing or event.

He also taught me that they fall into a 4 different categories.

This was really the first lesson in personal development I ever learned and it’s been marinating in my mind ever since.

Wait, so there are somethings I believe that might not actually be true?

And now that I know that, I have the choice to evaluate all my beliefs and decide which ones I want to hold on to based on their usefulness or truthfulness?

Now that opens up a whole new world of discovery that wasn’t there when I thought I had to live in this pre-made box i’d allowed others to put me in.

Here’s another way to look at this.

Truth is, what is.

Beliefs are what you think about what is.

You can see what is actually there in reality or you can distort it or totally ignore it with a belief or judgement.

So in one sense coming closer to the truth is a process of letting go of beliefs that are distorting the truth and blinding you to it.

But here’s where it gets weird.

Beliefs tend to have an affect on what actually manifests in reality.

If what I see in reality is problems, lack, limitation, etc.  and I choose to see that and that alone, odds are I’ll get more of that in my life (reality).

On the flip side, If I choose to see opportunities, abundance, possibility, etc. and I take action and choose to consistently walk through those doorways – I’ll tend to get more of that in my life (reality).

And maybe this partly explains how beliefs can be “Untrue” and yet still be “Useful”.

Or is it that problems, lack & limitation are untrue and not useful and opportunities, abundance and possibilities are true and useful?  😉

In any case, the power in all this for me, lies in the fact that I have the power to work with the canvas of belief and reality in my life and be the painter.

I don’t have to live in a box that someone else put me in.

And approaching this whole process from a positive and playful “I don’t know” and “I could be wrong” frame, leaves the door always open for new growth.

So that’s it my friend.

The 10 most powerful words I’ve discovered after 10 years of personal development.

(but they have an affect)

Does any of this make sense or is it just random gibberish?

Would really love to hear your thoughts on this below.