“Begin with the end in mind” wrote Stephen Covey in his book The 7 Habits of Highly Effective People.

Both Bill Gates and Elon Musk said in this interview that when they started their companies, they had no idea how big or significant their companies would become.

In the case of Bill Gates, he never saw himself has an entrepreneur, but rather as a ‘software guy’ who was doing something he loved to do and just wanted to make great software.

In the case of Elon Musk, his intention has been to focus on solving problems that he believes, can have a significant impact on humanity.

The lesson for you and I?

Maybe it’s ok of we don’t have a perfect picture of where we’re headed.

Do what you love, focus on problems worth solving and remember the famous words from MLK Jr.

‘Faith is taking the first step even when you don’t see the whole staircase.’ 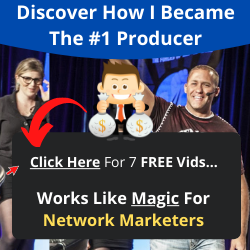