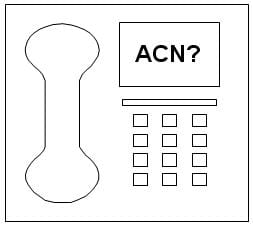 I’m going to break down the acn compensation plan so you can understand it.

If you are going to invest, time, effort and money into building a long term business with ACN, it’s vital to understand how you’re going to be paid.

One of the greatest tragedies in network marketing is the fact that people start a new business based on hype and what the “top earners” on the videos say they are making.  Very few people really make an effort to understand exactly how the compensation plan works.

I don’t want you to make that same mistake with the acn compensation plan.

After reading this article, you’ll have a clear understanding of how the acn compensation plan pays reps.

There are really 2 categories of income with ACN.

SHORT TERM
Customer acquisition bonuses, which are 1 time, up front bonus monies that are paid for recruiting new customers into ACN.

LONG TERM
Long term income with ACN is the monthly residual income that is paid for recurring customer billing. If your customer stays for life, you will have an income that comes in each and every month for work you did once.

So let’s take a look at each of these bonuses and see how they measure in actual dollars and sense.

CUSTOMER ACQUISITION BONUSES
There are 3 types of CAB’s.   I’m going to analyze 2 of them for you.

Open Line
This part of the acn compensation plan can be very lucrative if you build a team that is growing like crazy. The way this bonus works is simple. Every time someone in your personal enrollment tree becomes a Team Trainer, you’ll earn $60 to $185 (depending on your rank).

This bonus does have a couple caveats.

1) You must be an Executive Team Trainer to qualify for this bonus, which means you’ll have to recruit and maintain 20 customers, and recruit at least 2 business partners that become Team Trainers.

2) Any time someone below you reaches or passes your status, they will then collect the open line bonuses on everything below them and you won’t get anything.

In my opinion, this can have somewhat of a negative effect as leaders might want to keep members on their team from advancing so they can continue to collect the open line bonuses.

Just something to think about.

You can make some decent up front money with the ACN CAB’s if you’re good at building leadership and helping people reach their goals quickly.

LONG TERM RESIDUAL INCOME IN THE ACN COMPENSATION PLAN
In my opinion this is where you really want to watch out my friend.

It’s really the long term income that entices us to be in network marketing. If we were only concerned about the up front money, we’d get a sales job.

I don’t think you want to be in sales, do you?

Good, neither do I. I want to generate financial freedom for my family. This is why we really want to pay close attention to the residual income portion of the acn compensation plan.

The acn compensation plan is composed of 2 different ways to make residual income.

First, there is the residual you get from the people that you, yourself, personally refer to the company.

PERSONAL RESIDUALS
My friend, you’re going to have to work your butt off to make any serious money here.

Let me show you what I mean.

In comparison to other comp plans, this is terribly low!

It’s not really the fault of ACN. The fact of the matter is, there is not much markup in telecommunication services, so that just can’t pay you that much commission.

I know of one company that pays a $47 monthly residual on each customer you refer. Would you rather make $47 or $1? The choice is pretty clear.

“But, per the acn compensation plan, if you recruit more customers you’ll get paid a higher percentage” you say.

The question is, how many customers would you have to recruit to make that $1,200?

If each of them were, on average, using $50 per month of services, you’d have to personally recruit 300 customers. Wow! That’s a pretty tall order.

TEAM RESIDUALS
It doesn’t get any better with team residuals.

The acn compensation plan is a 7 level uni-level, which means that typically, your recruits stay on your first level, their recruits go on your 2nd, so on and so forth down 7 levels.

These can be very lucrative if the commissions are high.

I don’t think we even have to do the math to conclude that you’ll need an unbelievable amount of customers in order to make any substantial residual income based on quarter percentage payouts.

The acn compensation plan can be very lucrative for those rare individuals who are able to recruit armies of customers and distributors, but for the average folks, I just don’t think they will make much money with this comp plan.

ACN is a good company with good products. They are the largest direct sales telecommunications company in the world and they do business in 20 countries.

ACN is definitely not a scam.

It’s just going to be hard to make a lot of residual income with this company because the residual portion of the acn compensation plan is so low.

Now, all of this is really just my opinion.

There are lots of folks that have made great money with ACN.  How’d they do it?

The did it by connecting with and recruiting MASS numbers of customers and business builders.

You can do it to if you want.

The internet makes it easier than ever to find, connect with and recruit large numbers of people for your business.

If you learn how to use the internet to find and recruit reps, you CAN make a fortune in the ACN compensation plan.

Click here to learn  how to generate an unlimited number of FRESH leads and cash flow for your network marketing business.