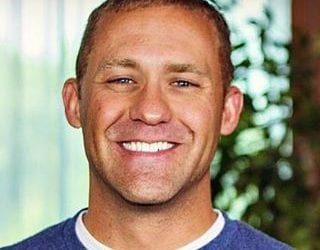 Not only is he a genius inventor with a long list of game-changing inventions to his credit, he’s also a futurist who has very accurately predicted many technological advancements that have already come to pass.

Since 2012 he’s been a Director of engineering at Google developing machine learning & natural language understanding.

A week or so ago in his newsletter, he recommended a documentary called Einstien’s Big Idea.

You’ve probably heard of the formula E = MC (squared) but do you know what it means and how it could possibly relate to manifesting your dreams into reality?

Long story short, it seems that the big point here is that Energy and Mass are the exact same thing expressed in different forms.

In this documentary, the statement is made that nothing travels faster than the speed of light.

At one point, it talks about Einstein doing a thought experiment and imagining a train traveling at the speed of light.

He then imagined adding more energy in the form of more coals being shoved into the burners, enough to increase the speed of the train beyond the speed of light.

What he realized is that as more energy was added to the train – the train would actually not increase in speed – but rather, that energy would be converted into mass for the train, thus making the train heavier in weight rather than faster in speed.

Literally, energy and mass are the same thing – expressed in different forms.

What does this have to do with success and manifesting your desires?

Here’s a quote from Napoleon Hill’s Think and Grow Rich that seems to really connect the dots.

Moreover-and this statement is of stupendous importance-this earth, every one of the billions of individual cells of your body, and every atom of matter, began as an intangible form of energy.

As far as science has been able to determine, the entire universe consists of but two elements-matter and energy. Through the combination of energy and matter, has been created everything perceptible to man, from the largest star which floats in the heavens, down to, and including man, himself.

You are now engaged in the task of trying to profit by Nature’s method. You are (sincerely and earnestly, we hope), trying to adapt yourself to Nature’s laws, by endeavoring to convert DESIRE into its physical or monetary equivalent.

In light of these scientific facts and additional added insights, the real and tangible powers of faith enhanced with visualization seems a lot less ‘woo woo‘ and ‘out there‘ as some people would like us to believe right?